Showing posts from April, 2014
Show all

April 24, 2014
I n the United States, a great deal of what is considered the church is actually not made up of born again believers who have faith in Jesus.  It is a cultural Christianity, very weak, with similarities to the Europe that Kierkegaard faced in his time. Much of Christian faith is more of a prosperity gospel or political liberalism, loosely tied if at all to the gospel of Christ dying for our sins, so we could turn from them in faith to Jesus, and be saved.  The prosperity gospel is popular in people who still struggle with or who are sold out to an idol of the heart, greed.  Despite Jesus and Paul both having times of provision and lack, such persons are told that if you have faith God will give you much all the time.  This same prosperity gospel is a problem in Africa today, as in the US. The political liberalism that changes a church's doctrine away from the gospel is most common in numbers of adherents within United Methodist churches and liberal Baptists (Baptist General Con
Post a Comment
Read more

A Great Children's Resource for Your Family or Future Kiddos 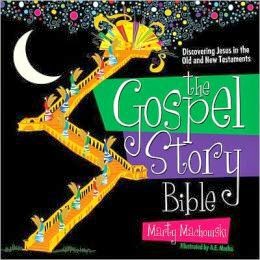 S ometimes as a parent, when you get fed up with pop books being too bland, and God convicts you to lead well, you seek out those books that are a great fit to tell kids about Jesus.  Once your kids get to a certain age they love hearing stories and you can bring in God's wisdom from the Bible with this resource below. There are shortened stories that summarize chapters of the Bible for young children in this.  It makes a good bed time read. Available at Barnes and Noble by clicking here . Here is the cover of this item: Also, you might be looking for something useful for really young kids who are just starting to outgrow Duplo blocks, but also wish they could have Legos in advance.  There is a Lego Bible book we have that our four year old loves.  It is called The Brick Bible.  It is pictured below, and you can click here to get it at Barnes and Noble as well : On the Brick Bible one, you will have to choose which stories you want to share, and there are detailed descr
Post a Comment
Read more
More posts